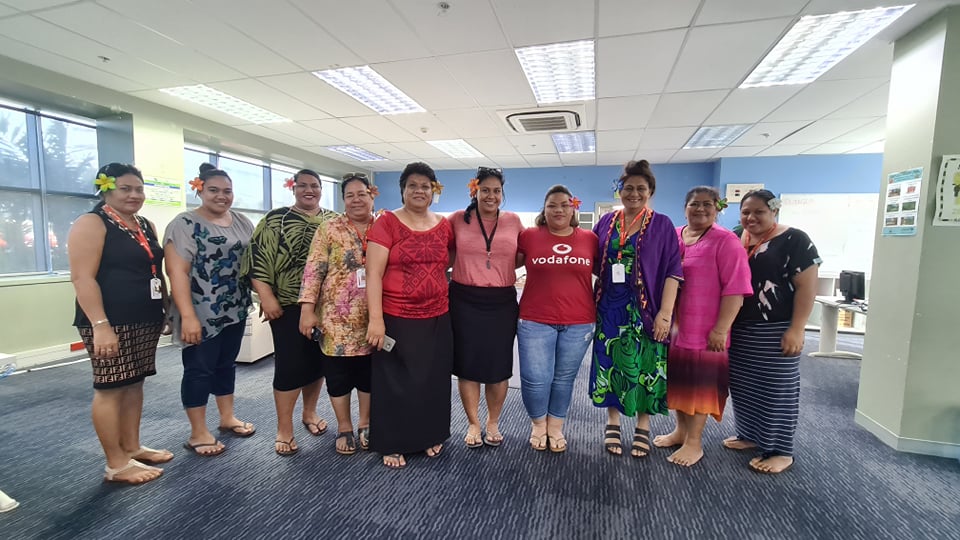 Friday the 28th of August marks Samoa’s version of the Daffodil Day; “The Sei Pua Day” a campaign which helps raise awareness on cancer – which is also celebrated in Australia and New Zealand in the month of August. Samoa does not naturally have daffodils, but has an abundance of the plumeria/pua flowers from which the event in Samoa gets its name.

Vodafone Samoa is a proud advocate for the Samoa Cancer Society & have been in partnership (to assist) Samoa Cancer Society since 2015 (then Bluesky Samoa) and have (majority of the time) done this behind the scenes. However this year was different, and this was seen all over Vodafone’s Social Media pages.“We are delighted to be supporting The Samoa Cancer Society’s Sei Pua Day Initiative this year.  We value the great efforts and community outreaches conducted by the SCS to help raise awareness on this terrible disease; hence we never hesitate to lend a helping hand where possible.” Says Vodafone Samoa’s CEO – Nofoasaefa Satish Sharma.

Vodafone Staff were seen sporting their Sei Pua’s and Masks around the office to showcase their support. A total donated by Vodafone Samoa for this year’s Sei Pua Day equated to approximately $6,427 – collected from staff purchases of  SCS Merchandise and in-kind support via  Paid advertising, Vodafone Merchandise , Social media awareness push and offering a dedicated space to host its street appeal.

“It’s time for us to step up and rally public support for Samoa Cancer Society and the crucial work they do.  Because Although we are currently going through a global pandemic with COVID-19 however we must (still) keep the conversation going about cancer and help raise cancer awareness.” Says Vodafone Samoa’s CEO – Nofoasaefa Satish Sharma.